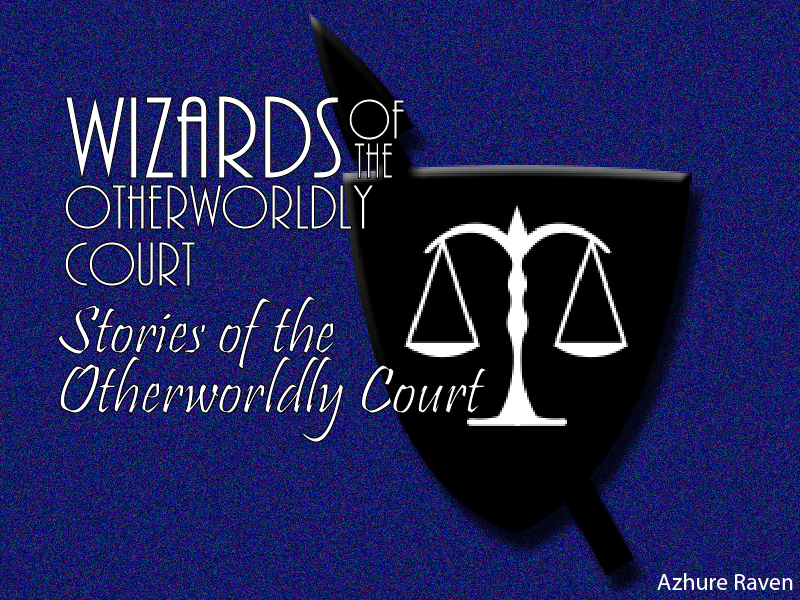 Read after book Alicia and Rosalie the Seamstress.

“I have designed a new uniform and I would like you two to try it out,” Rose announced.

Alicia and Rin were minding their business when suddenly Rose, of all people, suddenly invited (read: dragged) them into her house in the Otherworldly Court’s territory.

Her house was small, but cozy, and looked new compared to Rose’s long service as a Court Wizard. Apparently, James lived with her as well.

And once they got there, Rose declared as such.

“That was sudden,” Alicia commented. “Why the change in clothing?”

“Well, it appears that the current robe design, which has been used for more than a century and a half, has become… inadequate by today’s standard,” Rose explained. “As evidenced by the certain someones who found it… uncomfortable.” There was a slight twitch on her eye.

“I see…” Alicia smiled wryly, knowing one of those ‘someones’ personally. Imagine Hanz.

“And it appears that is has irked long enough,” the seamstress continued. “So, I have made a new design. And while I am at it, I made a new cloak design as I have become more experienced. So, I need to see how it would look on you, James should be back from his fishing trip after you are done.”

Making a twirl, Alicia looked into the mirror to see what she wore.

Just like the current design, it was a cloak that went almost all the way down to the feet, it was solid red. The difference here was that it consisted of two main parts sewn together: the upper piece, the hood which went just below the shoulders spilling over to the second piece, the rest of the cloak, making it stick out. Also, there were straps with a clip in the front of the upper piece, below the neck area, to hold the cloak together.

Turning to her back, Alicia saw that under the flab of textiles has a semi-transparent silk, similar to a veil, attached to where the upper and lower piece was connected, the neck area. Starting from shoulder to shoulder, it went all the way down, expanding horizontally as it went down to just a few centimeters below the bottom of the cloak, but not until one can step on it a trip, like a cape.

With a soft white color, the veil was embellished with red strings that created a fiery pattern. There was also an embroidered version of the same symbol of the Fire Element which contained the scale over the spear and shield, black in color for the Otherworldly Court’s crest. It was relatively at the same position as the previous design, just a tad bit higher.

And of course, Alicia did not forget the mask on her face. Well, it was still the same party mask, it seemed Rose didn’t bother making a new mask design.

She also wore a similar cloak, in her size. Only it was primarily white in color, a black veil, with a white circled cross symbol of the light Element and crest, and white star-like patterns on the veil. Why stars and not the sun? Well, it’s a star too.

“Yes!” Rose exclaimed. “It fits you both perfectly!”

“It is certainly beautiful,” Alicia commented. “But the veil must be hard to make. I wonder the labor cost for this.”

“Really, Alicia! Is that what you care about!?”

“Huh, no veil for this one, Rose?” James asked.

The Water Court Wizard wore the same cloak but for his Element. But, unlike Alicia and Rin’s, it has no veil, so the symbol and crest were on the cloak, just like the previous. There was also the bronze outline and crest signifying his rank as Grand Wizard.

“It would not be appropriate for you,” Rose explained.

“True,” James scratched his chin, the cloak gave enough room for that. “I do not exactly want to look… glittering in public appearances.”

“Anyway,” ignoring the pixie, Rose turned to Owen. “How do you like the robe?”

While Alicia and Rin were dressing up, Rose had sent a message to James to pick up Owen along the way. So now he’s here and testing out the new robe.

“So will you wear it in missions?” Rose asked, a twinkle in her eyes.

“Eep!” Rin yelped as she heard an audible snap coming from Rose, even though there’s seemed to be nothing that would make that noise.

“Anyway,” James said, trying to divert the topic. “Why have you not changed the design for more than a hundred and fifty years?”

It worked!? Was everybody else’s thought.

“Well,” the oldest active Court Wizard mulled. “I do not have the opportunity to do so I suppose.”

“It was due to the problems the Otherworldly Court faced back then, the long aftermath of the 1246 Incident. They are still constrained on rebuilding the Court,” Rose explained. “And there I was trying to make a formal clothing for ourselves. I had to consider the resources at the time to make sure that it was easily produced, which meant the heavy fabric of the robe.”

“But eventually, it has passed. So why have you not change the design then?” Alicia asked.

“…Well, I suppose I only felt like doing it now.” Rose shrugged.

The four Court Wizards blinked. That was certainly not something Rose would say.

“Anyway, I will go out to invite others. I doubt they would come if I simply send a [Telepathy], especially that brat who always disrespect my work.”

And before anyone could press further, Rose bolted to the door, leaving them behind, stunned.

“What was that all about!?”

Passing by the Visitors living around the Otherworldly Court, Rose stopped and sighed. Looking down, she stretched her hands, and on it came forth one of her Cherished Armaments, My Grandfather Kenzie.

Recalling the cane the third Fire Guardian used to carry, the Fire Court Wizard of the fourth generation continued on, shedding a tear as she tore down another lingering attachment to her first Fire Guardian.

Web serial/novels like this need your support to keep going.

Or, something like a figurative cup of coffee can help.

Or just directly to my paypal.

Those who support my Patreon will be given additional benefits such as a title and access to additional channels. You can still join and chat in non-patron channels, which are a lot.